There was so much to experience at Sakura Days Japan Fair: performances on the cherry stage, activities in the Experience Japan and haiku tents, vendors kiosks, food stands and, of course, cherry blossoms! 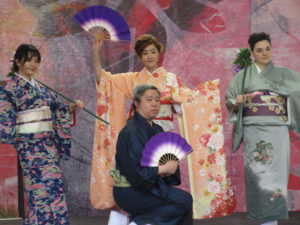 Join us for more cherry blossom fun — such as Bike the Blossoms, haiku workshop, cherry walk, Big Sing, and more. Details on our community events page.